Smallest Villages of Each Districts of Haryana 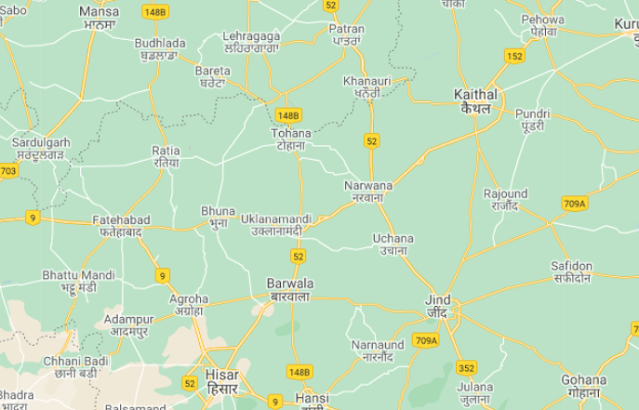 Today, we are going to talk about the smallest villages of every district of Haryana Haryana, a north Indian state meeting with the Delhi Punjab  Rajasthan border.

Haryana Has 22 districts and every village has populated villages because Haryana is a  plane land area that why most of the area is populated.

The area has the lowest population in the district of Kaithal. This district's village Barela only has a population of 36 people in the whole village. This village comes under the Pundri assembly & Kurukshetra parliamentary constituency
Total Population
Male Population
Female Population
36
18
18

Popular posts from this blog

April 30, 2021
The Indian government has started the vaccination of covid 3 months ago the government started vaccination to front liners, now the public also can vaccinate themselves.  This vaccine can be taken by people above age 18 now the trial also has been started on teens. Corona Virus Covid-19 Vaccine Registration you have to register yourself on the website of   Covid इंडिया here  https://selfregistration.cowin.gov.in/  then you have to register with one of your working mobile number you will get an OTP then you have to enter it and registration will be completed. After the registration with your mobile number, you have to schedule your appointment you have to select a date for vaccination but before we begin you have to verify your age because only 18+ will be vaccinated. Bring one of your national documents or ID which has your date of birth printed and check the year of birth on it here you have to enter the year of berth in YYYY format. A schedule option will appear here in the bottom h
Post a Comment
Read more

April 20, 2021
What Is CET Haryana? CET Haryana means common entrance test means a normal entrance system for the candidates who applies C  D group jobs you have to give an exam to pass CET then you will be able to fill all govt job form to  CET Haryana Common Eligibility Test you can aper for the exam of GROUP C & D after qualifying this exam. PROS Of CET Haryana Registration You don't need to do any registration separately for any group C and D post if you have registered and qualified for this CET Haryana Exam.  You don't need to give extra fees for every different exam or post A scorecard will be prepared for you after giving an exam that will be valid for up to 3 years Don't need to study different syllabus for every different post  There will be a universal common syllabus for every group C  & D jobs in HSSC Haryana. CET Haryana Registration Fees General Catagory candidates must have to pay 500 to HSSC for their registration to appear in CET Haryana Exam. EWS Candidate must
Post a Comment
Read more